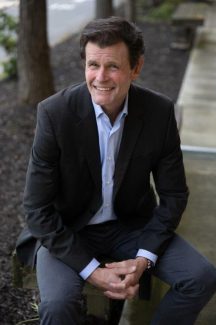 Mark White is a founding partner of White Summers Caffee & James LLP (formerly White & Lee), and leads the firm’s international practice. Mark represents emerging growth, mid-stage and mezzanine stage companies and investment funds on all matters relating to the formation, financing, growth and liquidity of technology-based enterprises. Over the span of 20 years Mark has represented companies in well over 500+ financings and over 200+ acquisitions. He represents and advises companies on a wide variety of transactional matters, including business and legal issues as they pertain to complex strategic and venture financings, acquisitions, and licensing and distribution arrangements. Mark’s practice principally covers corporate, technology, financing and corporate partnering matters for a wide variety of private and public company clients. He regularly advises companies on strategic positioning, business model and revenue generation issues, the preparation of investment materials and presentations, and the structure of complex corporate reorganizations, joint ventures, divestitures, consolidations and commercial partnerships. Mark also represents investment funds on formation issues and regularly represents investors in making portfolio investments.

Mark is a founder and a Managing Director of Wampumm LLC– which is a business consulting affiliate of White Summers. He has written numerous papers on matters affecting pre-public companies and investors and has spoken on these topics in seminars and conferences organized by IE Business School (Madrid), Technologico de Monterrey (Mexico), Spain Tech Center, the SV Forum, the Northern California Association of Harvard Business School, the International Angels Institute, the Asian Business Association, the EDA Consortium and other groups. Mark has also spoken on these topics in Spain, Hungary, Mexico, Singapore, the People’s Republic of China, Malaysia, Australia, and Canada. He was the organizer of the “Soup to Nuts” seminar series, the “Executive Leadership” case study series, and the “Business Books that Matter” series with the SV Forum, and the “Silicon Forest Forum” technology management conference with Intel Capital in the Pacific Northwest. Mark is also regularly invited to be a judge in technology company competitions globally and in the United States.

Prior to co-founding White-Summers in 1996, Mark formed two other law firms: White & Altman, and the firm of Carr, DeFilippo, White & Ferrell. Mark started his legal career as an attorney in the Silicon Valley offices of Cooley Godward and Fenwick & West. Prior to his legal career, Mark founded and worked as the Managing Director of the International Trade division of the Harper Group, a Fortune 500 company – and was the founder and Int’l President of Campamericana, a global travel operator based in Brussels, Belgium.

Mark is an avid golfer, runner and oarsman….and an aspiring fly fisherman.